Lindenhurst, New York, is home to nearly 27,000 workers, students, and business professionals. Many locals here are familiar with recovering from disasters like Hurricane Sandy and subsequent city-wide fires. However, many don’t understand the importance of hiring a Lindenhurst car accident lawyer after a collision on the road.

At Silverstein & Kahn P.C., we provide our local community with ethical, legal counseling. Our attorneys have over 70 years of combined experience representing clients who suffer from car accident-related injuries. If you seek reimbursement for medical expenses or non-economic losses, consider the benefits of enlisting our personal injury lawyers.

What You Need to Know about New York Car Crashes

Emergency services in New York respond to an average of 100,000 motor vehicle-related injuries annually. Even in smaller towns like Lindenhurst, these collisions are more frequent than you may expect. Car accidents routinely rank as one of the leading causes of injury-related death in Suffolk County, according to the New York State Department of Health. If another motorist strikes your vehicle, you could suffer injuries like:

Even at low speeds, these collisions can cost you thousands of dollars in medical and property damage expenses. When you need reliable legal help when recovering from an injury, contact a personal injury lawyer in Lindenhurst, NY, at the law firm of Silverstein & Kahn P.C.

Why You Should Hire a Personal Injury Attorney in Lindenhurst

Managing a personal injury case alone may prevent you from seeking compensation for your losses. The average person does not have access to all the resources they need when building a case.

A personal attorney will help keep you on track with insurance claim responsibilities and settlement expectations. They can also advise you on a reasonable course of action after your accident. In some cases, litigation may not be necessary.

Our Silverstein & Kahn P.C. attorneys take the time to understand your case entirely during your consultation. We develop a personalized legal strategy that helps you pursue compensation.

How Can a Lindenhurst Auto Accident Lawyer Help?

Studies from the New York City comptroller’s office show that licensed attorneys contributed to recovering compensation for nearly 25,000 personal injury cases between 2018 and 2021. Working with an attorney allows you to effectively plan your lawsuit and avoid errors that may disqualify you from a higher settlement.

At Silverstein & Kahn P.C., we pride ourselves on being there for clients from beginning to end. See how our Lindenhurst auto accident lawyers can simplify the process:

Collecting photographic or video evidence of your car crash is the first step in building a claim. This tangible documentation helps a court identify damage and may indicate liability for the other driver. Still, photos alone may not be enough.

A personal injury lawyer in Lindenhurst, NY, can organize other forms of physical evidence on your behalf, including:

These elements are crucial for settlement negotiations. Suppose the liable party is unable to refute many details of the accident. In that case, they may agree to a higher settlement offer.

Speaking with Your Insurance Company

After a crash, you will need to contact your insurance company immediately. New York operates on a no-fault clause that allows anyone involved in a car accident to pursue a portion of compensation (proportional to their responsibility). New York law dictates that every motorist must carry the minimum personal injury protection policy—about $25,000 for injuries not resulting in death, according to the New York State Department of Financial Services.

An attorney can speak to an insurance agent on your behalf, so you avoid self-incrimination.

If your damages exceed $25,000 or your insurance company refuses to pay the total amount, your Lindenhurst car accident lawyer may shift toward pursuing litigation against responsible parties.

Settlements can take months or even years to conclude for some car accident cases. However, this solution may be more practical and less emotional than initiating a jury trial. Your attorney will meet regularly with opposing lawyers and at-fault parties to discuss your terms.

Depending on the evidence your team collects, a settlement may yield high restitution for your losses. According to recent data from the Comptroller’s Office Bureau of Law and Adjustment, claimants settled over 6,500 personal injury cases in 2021 without a trial.

Still, no two cases are the same. Your attorney may recommend going before a judge if the at-fault parties are uncooperative or dismissive of demands.

Representing You in Court

Expect your attorney to represent you with dignity and accuracy during a trial. They will present evidence and examine witnesses on your behalf. At Silverstein & Kahn P.C., we help you understand what to expect before attending court, so you are confident in front of a judge.

We have helped clients recover over 50 million dollars in restitution for car accident-related losses since 1988. Many of these cases ended up in court with successful conclusions. Why settle for inexperienced law firms when you can recruit a Lindenhurst car accident lawyer you can trust?

Our Legal Team Is Here to Help 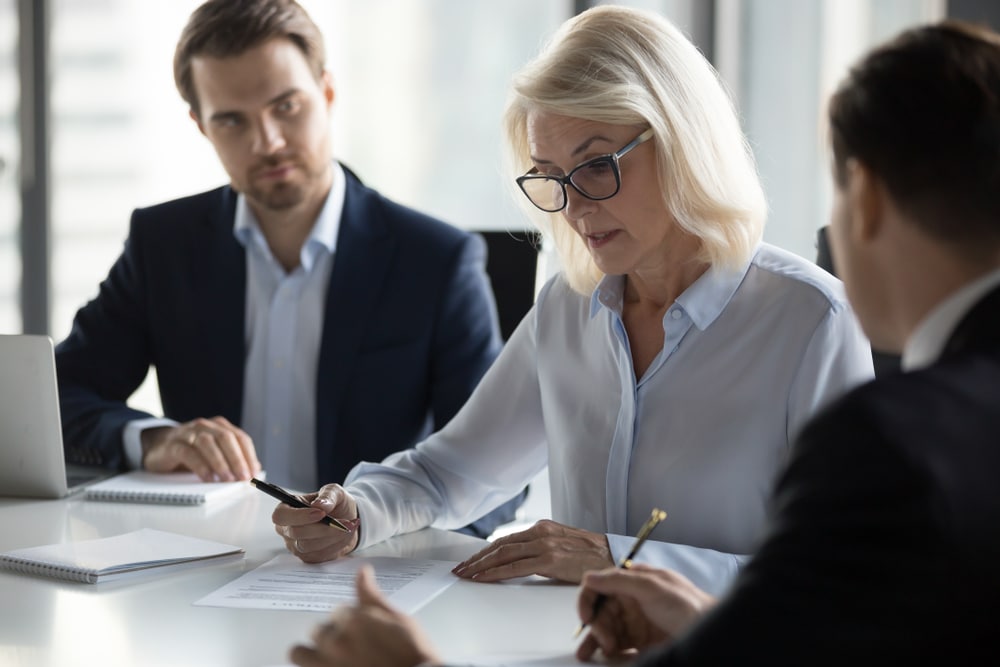 Finding a reliable attorney shouldn’t be a hassle. Unfortunately, it can be challenging to sift through dozens of local law firms near you online. Save time and money by investing in quality legal guidance from our Silverstein & Kahn P.C. team.

We have all the resources we need to counsel you after a car accident. Whether you need help filing insurance claims or pursuing litigation, we are ready. Our office provides a comfortable, welcoming environment to discuss your concerns and ask questions.

We pride ourselves on delivering excellent communication during every interaction. Our team will help you understand why hiring a car accident lawyer can improve your chances of collecting reimbursement.

Seven Stages of a Lawsuit with Personal Injury Lawyers in New York, NY

What are the Benefits of Hiring a New York Car Accident Lawyer?

The Complete Guide to Hiring a Personal Injury Lawyer in 2022

In business for 33 years. Family-owned and operated law firm. Over 50 Million Dollars recovered for our clients since 1988.